Holiday Sale On Now! + TODAY ONLY: Buy a Tulip, get a free diamond ring

Let’s talk about a popular gemstone that’s been around for centuries: London Blue Topaz! London Blue Topaz is a dark blue variety of Topaz, also referred to as Colorless Topaz or Natural Blue Topaz. This stone was first discovered in Brazil in 1910, though it is also believed by some to have originated from Sri Lanka. Despite the uncertainty around its origins, the topaz stone gets its name from the Greek word “topazion”, meaning “to seek”.

This dazzling gemstone is the official birthstone of September and it is widely believed that it should be worn during the month, to help one stay grounded and focused on their goals. 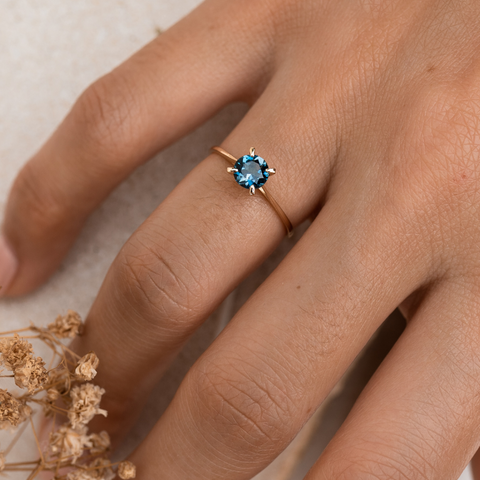 London Blue Topaz is a type of beryl mineral that belongs to the hexagonal crystal system, which has distinct crystals with a little indentation between them. Other well-known examples of beryl gemstones include Emeralds and Aquamarines. London Blue Topaz is relatively sturdy, with a hardness of 7 on the Mohs scale. For reference, a steel nail comes out at a 6.5 on the same scale!

While the London blue variant is widely known for its rich blue tone, there are actually three distinct variations of blue topaz including: London blue, Swiss blue, and Light blue topaz. While London Blue Topaz is commonly a medium-dark blue color, the color can still vary slightly between gemstones, depending on where it was mined and what other minerals were present during formation.

London Blue Topaz is a powerful stone that brings prosperity, good luck, and abundance. It is also thought to promote friendship by helping us develop a more optimistic attitude. The energy of this London Blue Topaz crystal can help you find inner peace and patience when facing adversity.

The blue topaz is also a stone of transformation that helps us to release old patterns and beliefs that no longer serve us. This makes it an excellent resource for those struggling with their past, whether it be negative memories or experiences from previous times. 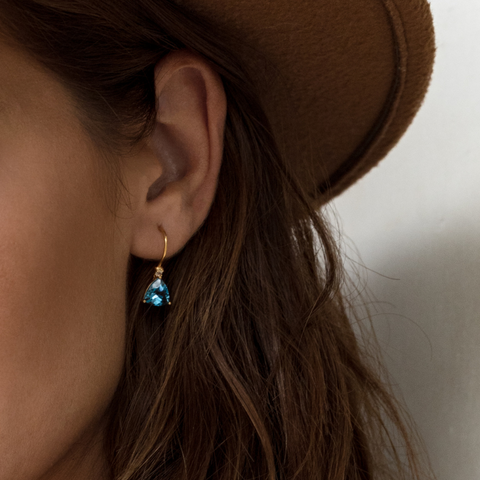 London Blue Topaz is a stone of communication. Blue topaz crystals are believed to help open up communication channels as well as bringing clarity of thought into our minds when we need it most. It helps you to speak your truth, be honest with others, and express yourself clearly.

London Blue Topaz is also said to help give us the courage to face our fears head-on. Its properties of truth and honesty can help us in this way by giving us confidence in ourselves as well as our abilities. When we are confident and secure in ourselves, it’s easier for us to be truthful about what we want or need from another person without fear of rejection or judgment.

Being confident and honest with ourselves allows us to live our lives in a more fulfilling way, which can attract similar energies to oneself—such as friendships based on trustworthiness, love and affection! 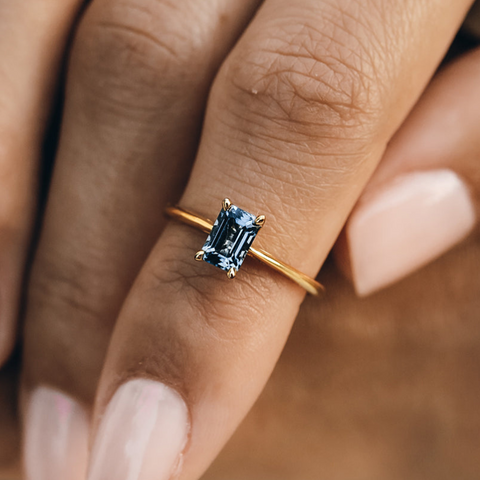 Honor your September birthday in an everyday way with our September Birthstone Necklace in Blue Topaz. For some matching glam, make sure to pair it with our Martine Pear Shaped Ring.

If you love our dazzling Blue Topaz collection, browse our entire assortment of Blue Topaz Jewelry to find more timeless pieces for all occasions!